What is Pulmonary Sarcoidosis Market? 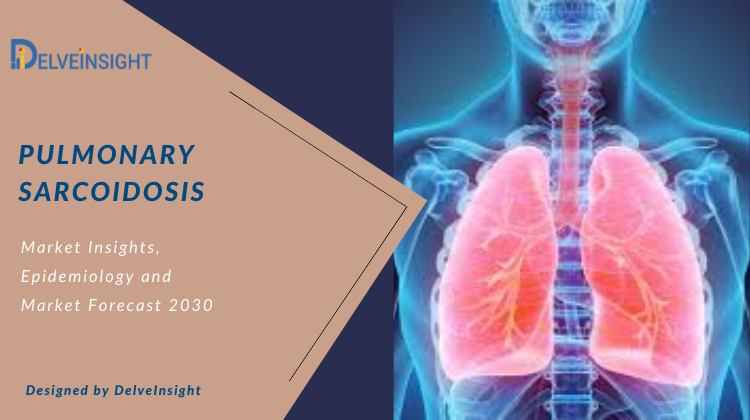 Sarcoidosis in the lungs is called Pulmonary Sarcoidosis. The granulomas generally heal and disappear on their own. But, if they do not heal, the lung tissue can remain inflamed and become scarred and stiff. This is called pulmonary fibrosis. It changes the structure of the lungs and can affect breathing. The cause of pulmonary sarcoidosis is unknown however some studies shows that bacteria, viruses, or chemicals might trigger the disease. It may also be genetic.

The following are the most common symptoms of Pulmonary Sarcoidosis. However, each person may experience symptoms differently. These symptoms may include: Shortness of breath, which often gets worse with activity, dry cough that will not go away, chest pain and wheezing.

In Pulmonary Sarcoidosis, staging indicates the location of granulomas—the lungs, the lymph nodes, or both—and the nature of the disease. Staging is an easy way to categorize sarcoidosis patients, and it does not indicate severity.

Because of this, stage four is the most severe presentation of sarcoidosis. All stages of pulmonary sarcoidosis can be severe. Any stage could cause serious symptoms and debilitating fatigue.

The key driver for the surge in market size is the rise in number of incident cases of Pulmonary Sarcoidosis patients in 7MM.

The fundamental goals in the management of Pulmonary Sarcoidosis are to prevent or control organ damage, relieve symptoms, and improve the patient’s quality of life. Many people with pulmonary sarcoidosis show mild symptoms and do not require any treatment at all. In practice, treatment is administered only when needed. Generally, the available treatments fall into two categories – maintenance of good health practices and drug treatment.

Drug treatments are used to relieve symptoms, reduce the inflammation of the affected tissues, reduce the impact of granuloma development, and prevent the development of lung fibrosis and other irreversible organ damage. The therapeutic landscape of pulmonary sarcoidosis is owned by various classes of drugs, such as Corticosteroids, Methotrexate, Anti-malarials, Tumor necrosis factor-alpha (TNF-alpha) inhibitors, Corticotropin and others. Sometimes more than one treatment is used. Most medicines used to treat sarcoidosis suppress the immune system.