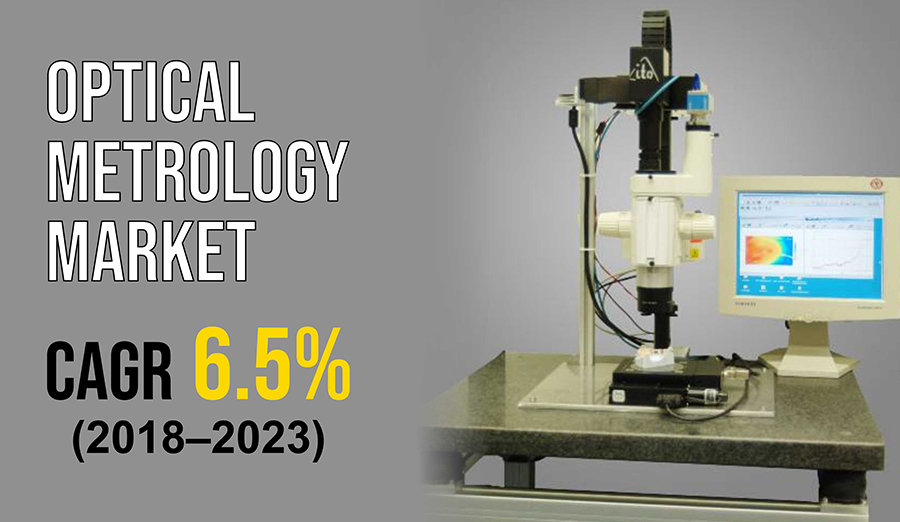 The global optical metrology market is being driven by the increasing requirement for precise measurements and product assessments in the semiconductor, oil and gas, and manufacturing sectors. Generating revenue of $1,989.2 million in 2017 according to a P&S Intelligence study, the domain is expected to advance with a CAGR of 6.5% during the forecast period 2018–2023.

Optical metrology, in this regard, provides the solution in various avatars, including 3D laser scanners that dominated the product segmentation of optical metrology market, which also includes video measuring machines and laser micrometery, with more than 70.0% revenue share in 2017.

It is a universally accepted truth that technology helps make life easier, but on the downside, it makes machines and associated components complicated. As conventional measurement techniques have proved ineffective due to the rising complexities in machines, firms have sought an answer to the riddle of exact measurements and assessments.

Coming to the global scenario, North America led the domain in the historical period 2013–2017 in terms of revenue generation, accounting for more than 30.0% market share.

Owing to the growing automotive, aerospace, and defense industries, particularly in the U.S., the adoption rate of this technology for precise measurements grew. However, the future revenue and sales CAGRs of the optical metrology market are expected be the highest in Asia-Pacific, owing to the rapidly expanding automotive industries in China and India.

Thus, it is clear that, as machines and tools keep becoming more complex, optical metrology will be used even more in the coming years.