During the first ten years of the 1900s, only about 20% of American females every used makeup. It just was not the thing to do for most women during those decades. Yet a surge began after 1910, and between 1910 and 1929, 70% of American females had makeup in their lives. You can blame mass production, and the explosion of available advertising, along with the desire of women to make their own rules in life, for the enormous upswing in makeup use.

From 1910 to 1919 rouge blush was considered as a cosmetic multi tool for women, as it was used on the forehead, face, and gently dabbed onto their lips when needed. I was later on, after the WW1, that the concept of brand choices, and choice of colors and scented cosmetics became a very big thing for women. Hollywood with all of it’s glamour queens, really set the trends for how American women might choose and or use makeups. 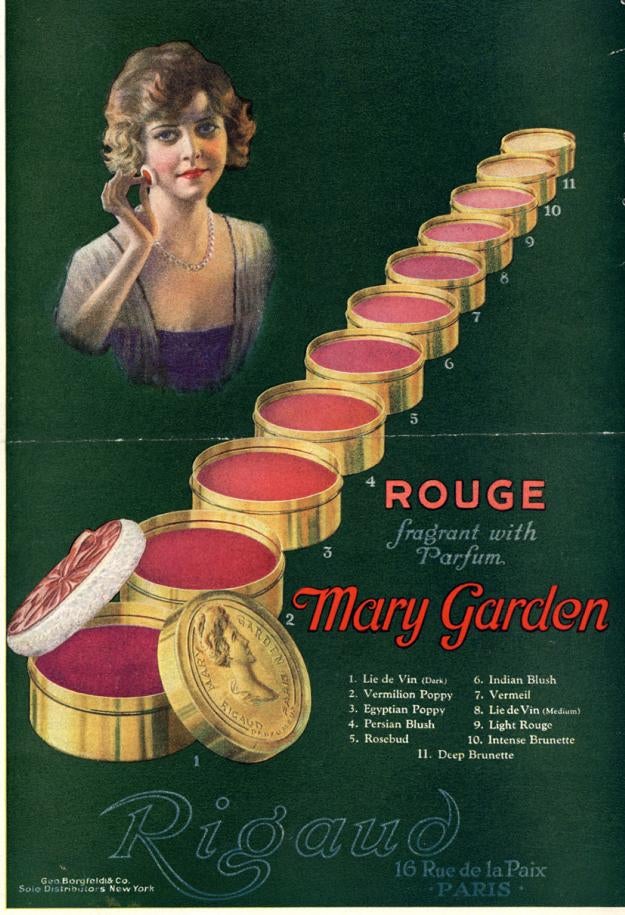 Theater actresses were known to use plenty of cosmetics in an effort to accentuate the characters being portrayed. The very black makeup kohl was used to dramatize the eyes in eye shadows and mascaras of the day. It did not take long, near 1922, that women were spending more than a billion dollars a year on makeup, and had beyond 3000 face powders to choose from as well as nearly 200 blushes. Another phenomenon was, that by the 1930s, women basically owned the world of makeup use. Through out history, both men and women were socially permitted to use cosmetics, but after 1930, it was clearly considered to be a feminine product.

During the second world war, almost every item one could think of, was being rationed. However the one thing that did not fall prey to rationing, was lipstick. Lipstick, by then, was considered so important to a woman’s happiness, that it was fear a nation wide depression of female emotions would take place if shortages of lipstick were to occur.

By the decade of the 1950s, 90% of women at the USA were using makeup in their daily lives. It had become considered as a for of expression. As a declaration of femininity, and women refused to live without it.

The full history of makeup, is a very, very interesting topic to read about. One can get ebooks quite cheap these days, and read about makeup from the beginnings at northern Africa, right up to the modern era.

If you are interested in makeup on a pro level, or are just curious, read up on it. If you love cosmetics, i assure you, you will not be bored.