Distressing!Shortage of Local GPs in Australia 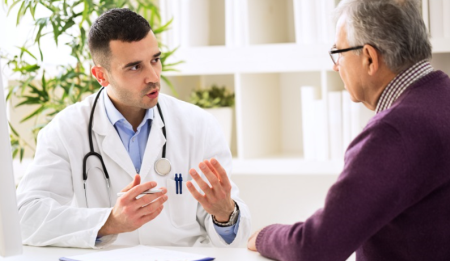 General practice is an important segment of Australia’s healthcare system! Almost every Australian will make an appointment with the general practitioner once during any given year. In the recent years, after the influence of the Baby Boomer generation ageing and the high demand for the treatments, the visits of the patients is demanding a change in the routine work of a GP. This has resulted in the General practitioners to be more centralised towards their specialised areas, and should be ready to manage any chronic conditions.

Rural Doctors Association of Australia chief executive Peta Rutherford says that, “The problem is a national one, which impacts the rural and regional areas across the country. It is not that we have a shortage of GPs, but they aren’t well distributed across the country.”

Just as the majority of the patients are growing older, the same is the case of the doctors who treat them. The General practitioners segment has the greatest number of employed doctors, who are aged over 55. The problem is, the current medical workforce may face challenges with their position in finding an immediate replacement as a large number of medics are rapidly heading towards their retirement.

Corrine Taylor, the Chairperson of the Association of Medical Recruiters in Australia and New Zealand (AMRANZ), says, the issue is that there aren’t enough incentives for GPs to go bush.

Will the raising amount of medical students fill the gap of the retiring GP’s?

The answer is unfortunately NO! There are more number of medical students on the rise than ever before, but very less entrants are choosing the training procedure to become a qualified GP. In spite of the high demand for the general practitioners, the young medics are venturing out into other specialties at a rapid pace.

With the onset of the retiring of GP’s it is unclear as to who will fill this important role of locum emergency medicine jobs. These new openings might take several years to fill up the role of the permanent local GPs, especially in the rural areas, where a significant number of GP vacancies are to be filled at the earliest.

Corrine Taylor says that the immigration rules should be relaxed to make the application process of the overseas doctor simple and invite their contribution to meet the shortage of the rural doctors.

With a shortage of permanent general practitioners in outback areas, these local communities are serviced by specialist medical recruiters such as Ochre Recruitment who ensure locumdoctor jobs are always filled. Often fly-in fly-out GPs are rotated on a weekly basis. Locum medical jobs are an adequate solution at this point, and can work well on a temporary basis. However, there is a serious demand to find permanent solutions for medical jobs in Australia.

The author works for a job consultancy, and looks to fill locumdoctor jobs. She also offers various tips on acquiring medical jobs in Australia in her blog. Visit https://www.ochrerecruitment.com.au/for more details.

Take your medical career to the next level with Ochre Recruitment. We provide GP & Specialist, Locum & Permanent Doctor positions in Australia & New Zealand. You’ll benefit from the personalised service that matches you to positions that suit your current lifestyle needs and career goals. Ochre Recruitment place doctors in remote, regional and metropolitan regions. Find the ideal job and lifestyle you want, with the help and support of Ochre Recruitment making the process as easy as possible.